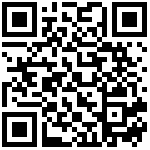 Metrics
On the Threshold of Inclusion in Russia: the Southern Urals in the First Half of the 18th Century