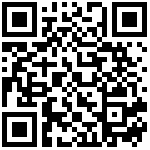 Metrics
Battle for the North 1944—1945. International Conferences Dedicated to the 75th Anniversary of the Liberation of the Soviet Arctic, Northern Norway and Finland's Withdrawal from the War