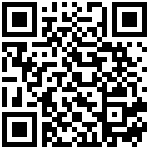 Metrics
Images of Animals and Plants in European Emblems and Heraldry: from Natural Representation to Symbolic Interpretation