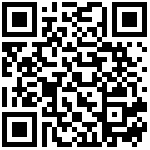 Metrics
The Royal Аrt: Coat of Arms as Religious and Political Allegories in Alchemical Treatise “Book of the Holy Trinity”