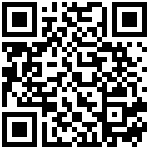 Metrics
Hierarchical and Liturgical Awards for the Clergy: Some Features of The Moscow Patriarchate of the Russian Orthodox Church Rewards Policy