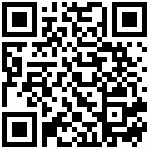 Metrics
“There is Still Time, Brothers!” The American Anti-War Cinema in the Context of International Relations of the Late 1950s — Middle 1960s